The latest version 5 is compatible with Illustrator 2023 version 27.2. FILTERiT is a plug-in suite for Adobe Illustrator which features unique effects. FILTERiT can stimulate your creative mind. This versatile tool lets you create simple to complex images in a matter of seconds. Some effects are simply impossible to make without FILTERiT. With its easy-to-use features, creating astounding images ranging from simple to complex is at your fingertips. Play around with FILTERiT for a while to discover for yourself the variety of features it has to offer.

FILTERiT 5 plug-ins are located in Tools, Effects, Filters and Window menu. See below. 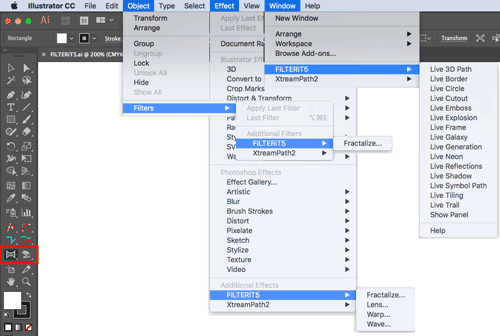 “Live Symbol Path” is a new Live Effect similar to “MetaBrush Tool” from the previous FILTERiT 4 and inherits some of its features. (“MetaBrush Tool” is now discontinued) 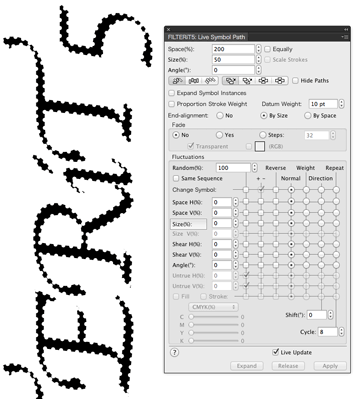 Also, the tool to use in combination with this effect, “3D Rotate Tool” has moved to this panel from Illustrator’s Tool Box for better usability. 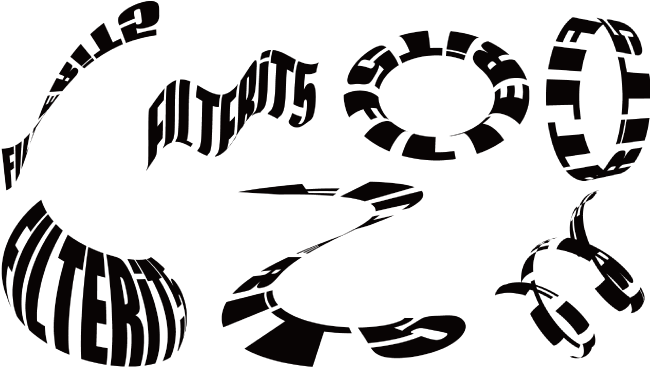 In FILTERiT 5, tile can be placed in offset like bricks.
Tile unit created from Live Tiling can be added to Illustrator’s “Swatches” panel as the pattern. The irregularly aligned unit can be precisely connected.

In “Live Neon,” The luminescent effect can be added around the neon with “Light Emitting” option. You can control gradient curve and contrast. By checking “Auto Stroke Styling” option in “Live Neon” or “Live Border,” the effect will use “Corner: Round Joint” and “Cap: Round” settings. 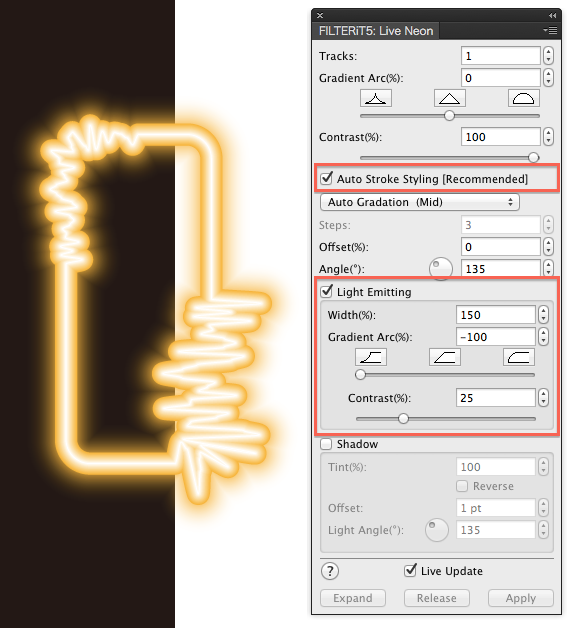 In FILTERiT 5, the explosion can have transparency inward or outward direction, or randomized transparency. 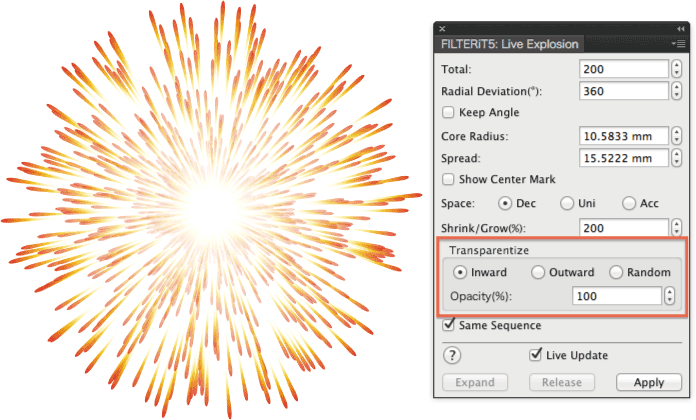 In FILTERiT 5, the names of some parameters have changed. The center of transformation can be displayed by cross-hair guide for better understanding of the relation between parameter changes and the result of control. Also, if the original object is the Grayscale mode, it will be automatically converted to CMYK or RGB color as needed. 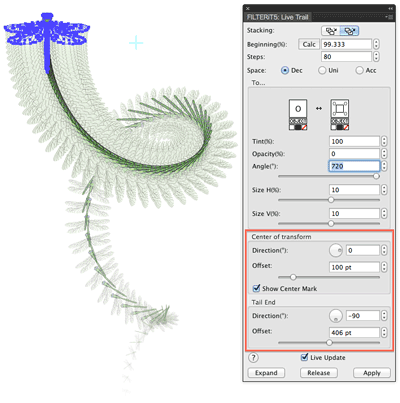 These Effects can be called the Effect version of these Tools. It can apply directly to text object and adjust appearance or change style after using the effect. 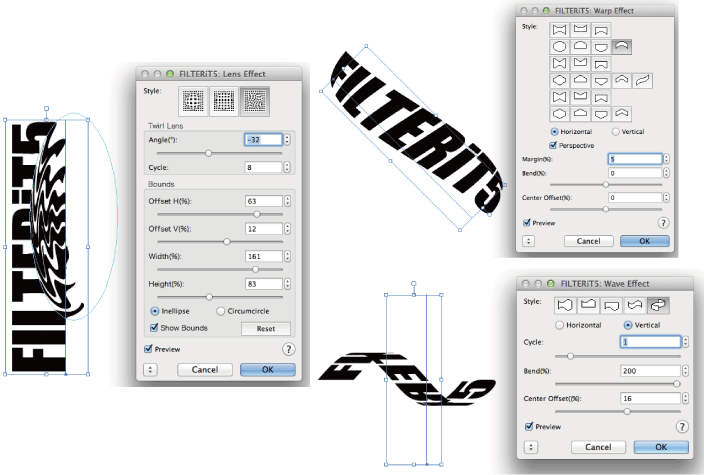 In FILTERiT 5, the reverse option for horizontal/vertical axis, some other options, and parameters have been added in Generator.
Also, it provides a more accurate result. “Filter” version of Fractalize remains but using “Effect” version is recommended. 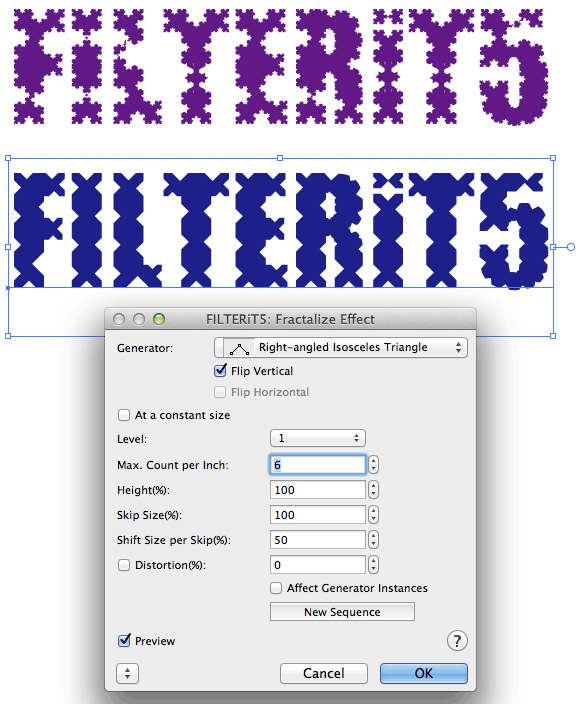 Note: FILTERiT 5.0.1 and earlier don’t work with Adobe Illustrator CC 2018 and CC 2019. If you would like to upgrade, please visit our upgrade store.